Direct action by DPAC members at stations up and down the country to dump the Metro are gathering pace. Every Wednesday since May the DWP have bought space in the Metro to spin stores about Universal Credit. The DWP has spent over £250,000 of public money to buy advertising space. However they are disguising their propaganda as journalism in the form of ‘advertorials’.

The Disability Benefits Consortium has now reported the DWP to the advertising watchdog for “deliberately misleading” promotions for Universal Credit dressed up in advertorials in the free newspaper. 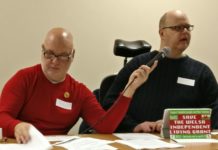 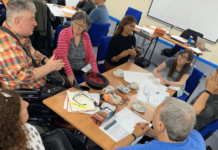 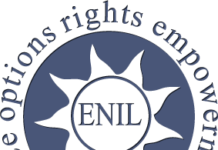 There was no protective ring. Quite the opposite - the NHS & Government sent Exocet missiles of Covid19 into care homes through their hospital discharge policies killing thousands of older Disabled people independent.co.uk/vo…

Why @ROFAcampaign vision for a National Independent Living Service is so important tonybaldwinson.com/2…

Covid19 has exposed the crisis in social care, which is broken beyond repair. Our vision for independent living puts Disabled people and our organisations at the heart of creative solutions @kingsfund @1adass @SCIE_socialcare @LGANews rofa.org.uk/independ…

This is extremely worrying particularly as mental health has been devastated by 10 years of cuts. This is why ROFA joined a legal action this week to force @CareQualityComm to resume inspections immediately! independent.co.uk/ne…